The controversial world of food

With the prevalence of social media and the obsession to explore the weird and wonderful, videos have emerged of food consumption that leaves many revolted and shocked.

Is your next meal alive?

With the prevalence of social media and the obsession to explore the weird and wonderful, videos have emerged of food consumption that leaves many revolted and shocked. This led us to discuss what live food ingredients are available and consumed around the world?

As far as seafood is concerned there are a number of ingredients which are popular in Asia. In Korea octopus is cut into pieces, lightly seasoned in sesame oil and served immediately. This dish is known as Sannakji. Similarly, sea urchins are eaten raw; the Japanese prepare a sushi dish ‘uni’. Also in Japan, sashimi is prepared using live fish, octopus, shrimp or lobster from which the inedible innards are removed. The technique is known as ‘ikizukuri’ (‘prepared alive’). In China carp is cooked while the fish head is wrapped in a damp cloth to keep it breathing. The dish is known as Ying Yang Yu fish (‘dead and alive fish’). The Chinese are also fond of a dish known as ‘drunken shrimp’ whereby freshwater shrimps are immersed in ethanol before being eaten. A similar dish can be found in Japan whereby live prawns are beheaded before being consumed. This dish is known as Odori Ebi (‘dancing fish’). Another version, Qiang Xia, entails using clawed river shrimp which are soaked in a spirit, such as baiju followed by marinating in a sauce which can be sweet, sour or salty. Eels doused in vinegar and sake are eaten when alive in Japan. 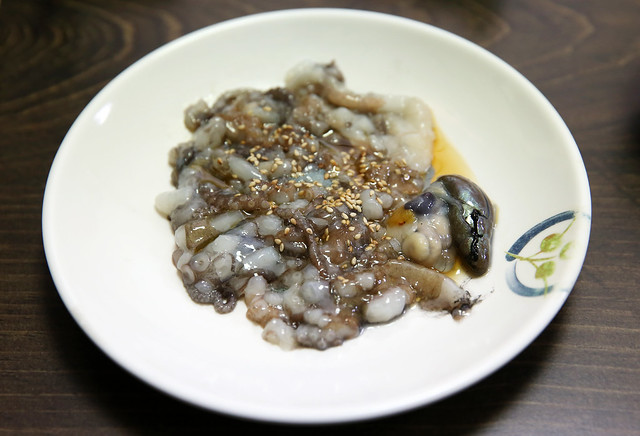 In the West, oysters, are consumed fresh and until the oyster is removed from its shell it remains alive for a significant time. Similarly ‘live’ blood clams are a delicacy in New England, USA.

Amphibians and reptiles are also consumed alive in countries such as China, India, Japan and Vietnam. Frogs are served as sashimi, beating snake hearts are considered a delicacy and lizards are known to be eaten too. 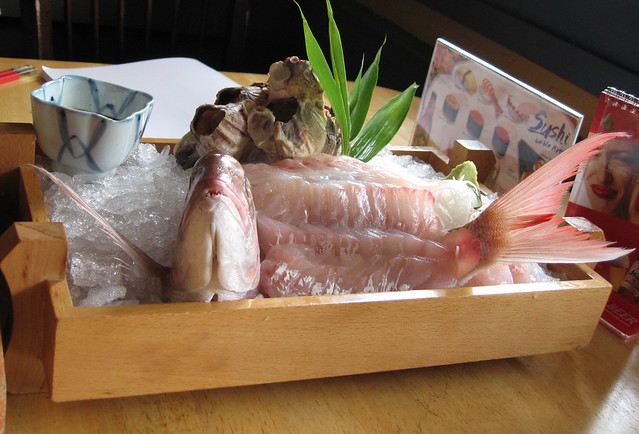 Insects provide an alternative live food source. In Australia larvae such as the wichetty grub are consumed. Casu Marzu a sheep’s cheese speciality in Sardinia embraces the larvae of the cheese fly, Piophila casei. In Denmark, the two Michelin starred restaurant, Noma, received much attention when offering chilled ants on its menu.

Finally, some mammals are subject to being eaten alive; San Zhi Er (‘three squeaks’) is the practice of eating baby rodents in China and fruit bats have been traditionally eaten in Guam.

Cuisitive wishes to state that eating live food is subject to significant health risks and further, raises an important ethical issue given that there is evidence that animals featured in this article can feel pain and stress.