AS CLOSE AS A FRUIT GETS TO CHOCOLATE

The Black Sapote (Diospyros nigra) is probably one of the most talked about fruits these days. Despite this it still is a relatively under appreciated tropical fruit, however If you are looking for an alternative to the beloved chocolate that is a bit healthier, the Black Sapote could be the answer (with some imagination).

From the same family as the persimmon, the Black Sapote or Chocolate Pudding fruit is native to eastern Mexico all the way down to Colombia. It has gained some attention in other countries and is now cultivated outside its native range including in the sub-tropical regions of the US, Australia and Hawaii.

It is said to have 4 times as much Vitamin C as an orange and is low in fat so is definitely worth a try if you get the chance. The fruit really needs to be eaten ripe. It is after all a persimmon. Anyone who has eaten anything from this family of fruits knows the gummy astringent flavour profile when unripe. It is simply disgusting. In the case of Black Sapote it is picked green then allowed to soften and ultimately turn the distinctive almost black chocolate pudding colour and texture it is famous for. Care has to be taken because a fruit taken from the tree too early will never ripen and ends up just rotten (and not in a good way.) 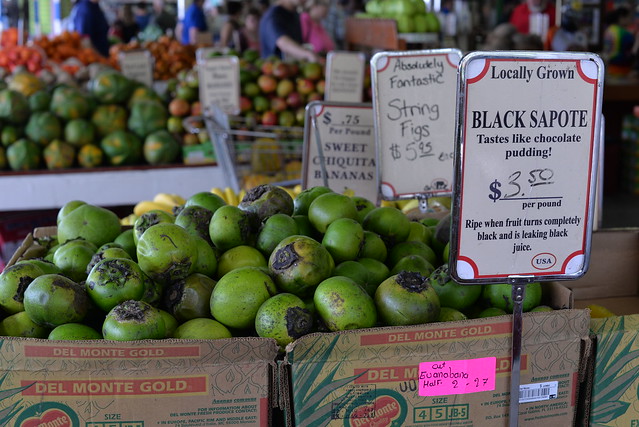 To say that Black Sapote has a mild chocolate flavour is pretty accurate but obviously it lacks the richness that processed cacao beans mixed with sugar has. The texture of ripe Black Sapote is best compared to that of papaya and has a chocolate pudding softness when served. 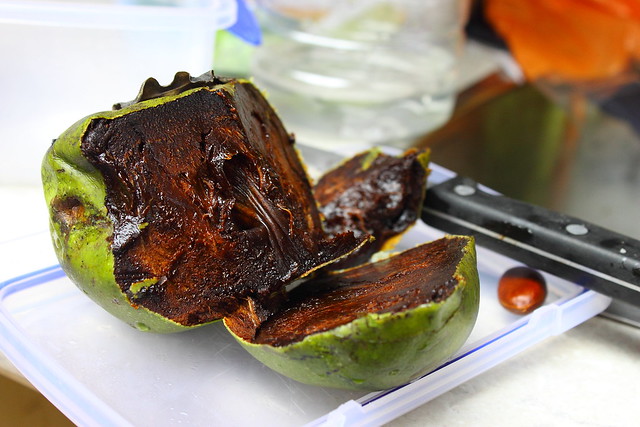 As with most tropical fruits, eating it alone is often the most pleasurable way to go. If you want something more dessert like combining the fruit with milk or yoghurt produces really interesting results. Mashing the pulp with orange juice or brandy then served with cream is a very Mexican recipe.